At LinkedIn, we are always looking for the best software development frameworks and tools to build great products. During our 11-year history we have adopted many web frameworks for UI development - among them Grails, Frontier (Linkedin's internal web framework), and most recently, Play. We love Play and are excited to increase our adoption of it across the company. As we evolve and scale our integration with Play, we are now evaluating which build system to use going forward.

This article introduces Gradle's plan of Play support, the current status and our preliminary evaluations of this incubating feature. We would like to involve the Play community to provide more feedbacks to this ongoing work by Gradleware. Being able to build/develop Play applications on both SBT and Gradle shall give Play projects more freedom and versatility.

At LinkedIn we organize repositories around public APIs and services. We call each such repository a Multiproduct. Each Multiproduct is represented by a unique Ivy organization, which defaults to com.linkedin.<product name>. This code organization is apparent in LinkedIn projects that have recently been open sourced, for example databus.

A consequence of organizing code in Multiproducts is that they are all multi-project builds. Each Multiproduct has 10s or 100s of projects, that each produces one or more artifacts.

At LinkedIn, our Play applications have 500+ jars on its classpath, which means a fully resolved dependency graph of 500+ nodes. While resolving this dependency graph we rely heavily on conflict resolution rules. Instead of resolving versions at an artifact (i.e. JAR) level, we resolve them at the Multiproduct (or Ivy organization) level. This ensures we end up with consistent versions of all artifacts from the same Multiproduct.

The default build system for Play is SBT. Play and SBT are technically de-coupled, but in the minds of many are inseparable. As we started building Play applications at LinkedIn, we quickly ran into scalability challenges with SBT and the underlying Apache Ivy library. Dependency resolution for our applications can take 5-10 minutes, and in one of our infrastructure projects it takes 30+ minutes.

For the past year, LinkedIn has partnered with Typesafe to invest in improving SBT scalability and we continue to do so. However, at the same time we feel that it is worthwhile to explore other build systems for Play.

LinkedIn has been using Gradle for the past 3.5 years. We use Gradle in everything from small projects to a single multi-project build with nearly 4,000 projects. There are many exciting features coming in 2015 for Gradle. 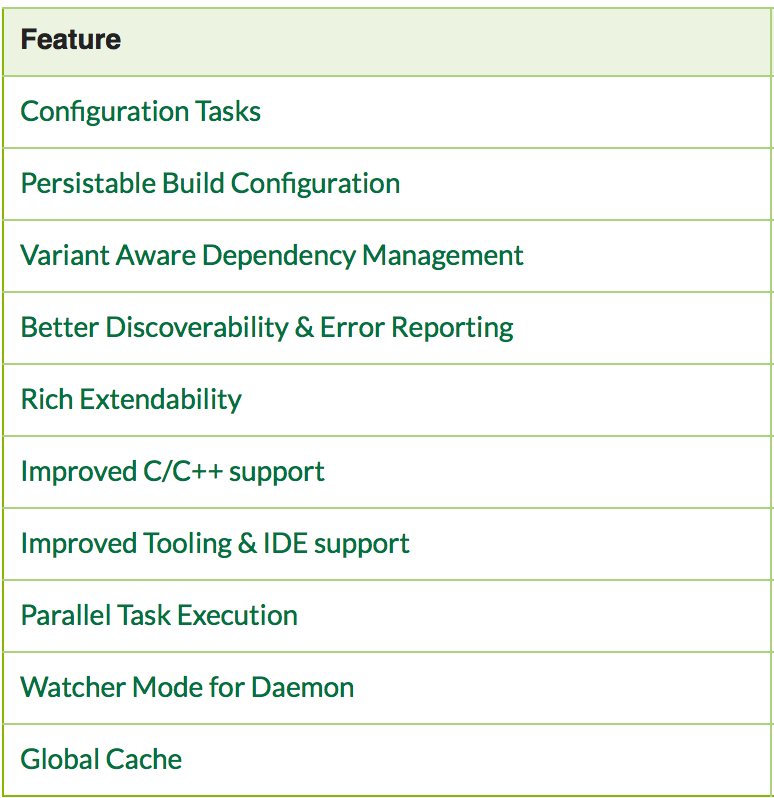 In addition to the above, we believe that an integration between Play and Gradle will add significant value to both technologies. Together with Gradleware we are exploring how to make this a reality. In the first half of 2015 we are going to focus on implementing and testing this integration, which will be spread out over 3 milestones.

Using a Gradle “play” plug-in, a developer can build a fully featured Play application in this milestone.

Having this functionality will allow us to thoroughly test Play build performance and scalability when Gradle is used as the build system.

Note that at this milestone continuous mode and hot reload won’t be functional.

Being able to hot-reload during development is one of our most beloved features of Play.

Automating the manual process of interacting with the build system is a great idea in general, and a story that we are very excited about adding to Gradle. Milestone 2 will introduce a “watcher” mode feature to Gradle, which is equivalent to the continuous mode in SBT: gradle --watch run

Play also has the ability to trigger a rebuild when the browser is refreshed. This is done through a BuildLink interface in Play, which will be supported by Gradle in this milestone.

If you’re familiar with Play you may have noticed a big missing feature: the Scala interactive REPL! Don’t worry…it’s part of Milestone 3, which would allow you to interact with the classes in the interactive console.

And we can’t forget documentation, integration with Specs2, and Scala code quality plug-ins. To tie it all together you will be able to get a bootstrapped Play application with the appropriate Gradle infrastructure, just like you do with activator.

Interested in learning more? You can see details about the technical design at: https://github.com/gradle/gradle/blob/master/design-docs/play-support.md.

Getting a taste of Milestone 1

Milestone 1 is now feature complete, and you can download the latest Gradle nightly build to get a taste of it. The complete distribution contains the binaries, sources, and sample projects. Unzip it somewhere convenient, and put its “bin” directory on your path.

Check out the Play samples in “samples/play” directory.

The advanced sample build.gradle file shows how to configure the target Play/Scala version.

This is a standard Gradle multiproject build. The root project contains the main play application, with 3 submodules in the 'modules' directory. The 'admin' and 'user' submodules are Play applications in themselves whereas the 'util' submodule produces a Java library. The settings.gradle file wires in the 3 subprojects and the root build.gradle file declares project dependencies on each of the 3 submodules.

We compared the clean-build time and incremental build time of building Play projects with both Gradle and Activator (sbt).


From above, we can see build time of Gradle won all categories except one, and its results with no or small changes are especially good, which is exactly what we were expecting.

From the results, we can easily tell Gradle’s native dependency resolution engine is 10x faster than the ivy resolution engine used by activator/sbt. And that is in line with our experience of building other Java projects on Gradle.

We are still working on making Gradle work for our big activator/sbt projects whose dependency resolution would take 5~10 minutes. We are expecting even better results there!

We’d love to hear from you

Contributing to open source technologies such as Play and Gradle are core to LinkedIn’s Engineering mission. If you are using Play or Gradle, we’d love to hear what you think about a potential integration. And if you’re interested in helping us make these and other tools and frameworks awesome for everyone, drop me an inMail.

I would like to thank Jens Pillgram-Larsen, Dustin Kwong, Deep Majumder, Bryan Barkley, and Ruobing Li for their contributions to this post.