Search plays an important role in online social networks such as LinkedIn, as it provides an essential mechanism for discovering members and content on the network. One way to improve the member's search experience and to help them find relevant results is to show related search recommendations: 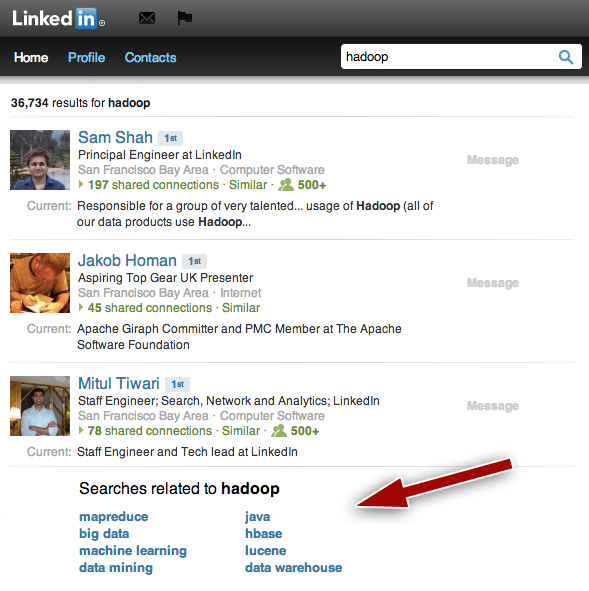 We recently wrote a paper about Metaphor, the related search recommendation system at LinkedIn. This paper appeared in proceedings of the 21st International Conference on Information and Knowledge Management (CIKM), 2012 and we presented it at the SIGIR 2012 conference.

Correlation based on time

The first signal is based on collaborative filtering of searches done in the same session: that is, searches correlated by time are considered related. For example, members search for “Hadoop” and “big data” in succession then we can say those two queries are related . One challenge is to deal with popular queries like “Obama” by damping popular queries by a TF-IDF measure.

Correlation based on clicks 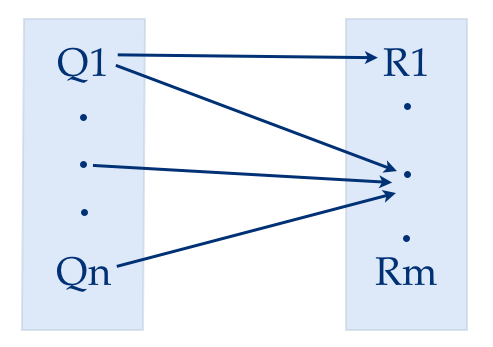 The second signal is based on query-result clicks, or search queries that result in clicking the same result. For example, search results for queries “Hadoop” and “MapReduce” have a common result that is clicked often by members, then we can say those two queries are related. LinkedIn’s personalized search results brings added richness to the queries related by this signal.

Correlation based on term overlap 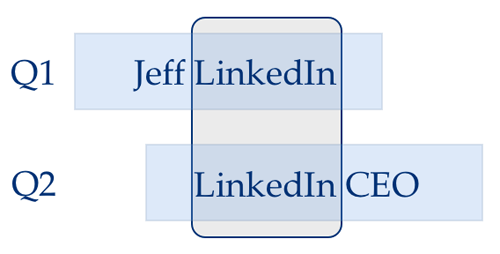 The third signal is based on overlapping terms present in the queries. For example, queries “Jeff LinkedIn” and “LinkedIn CEO” has a common term “LinkedIn, and we can say those two queries are related. One challenge here is identifying the importance of each term. For example, for search query “iOS engineer”, and two candidate queries “iOS developer” and “mechanical engineer”, the overlapping term query “iOS developer” is more important, although there is only one term is common between the search query and the candidate queries. We address this challenge by weighing importance of terms by a variant of TF-IDF measure.

The fourth and the final signal is based on the number of terms in the search query and the candidate related queries. While working on this project we arrived at an interesting insight that members tend to click on suggested queries that are one term longer than their initial query, which corresponds to refining the initial query. For example, LinkedIn members tend to search for “Hadoop developer” after searching for “Hadoop”. We developed a statistical biasing model to give more importance to a longer query recommendation and use it for final query ranking.

The Metaphor recommendation engine runs on Hadoop. The query logs and activity tracking data is aggregated from the production systems using Kafka, a publish-subscribe streaming system for event collection and distribution. Metaphor consists of several map-reduce jobs implemented in Hadoop Java as well as Pig, a scripting language on top of Hadoop. Azkaban, a Hadoop workflow management tool, is used for managing Metaphor’s more than 50 map-reduce jobs. The final recommendations are stored in Voldemort, a key-value store system, and served in production from a Vodemort store.