Isis Wenger, a platform engineer at OneLogin, unwittingly sparked a hashtag and online movement this week by fighting back against sexist comments made about her appearance in a recruiting ad for her company. The ad was posted at San Francisco BART stations. Soon, Isis’ friends drew her attention toward some sexist comments that questioned her identity as an engineer – comments that were ridiculous but, unfortunately, all too common.

Instead of ignoring them, however, Isis fought back with a great post calling out the stupidity of those comments and bringing attention to the lack of diversity in the tech world. She also announced that she would be starting a new movement: #ILookLikeAnEngineer. She posted a picture of herself holding a sign that read, “I Help Build Enterprise Software #ILookLikeAnEngineer @isisanchalee.” After that, it started to go viral. Since her post on Sunday, Isis’ story has been local and national news all across the country. #ILookLikeAnEngineer is trending on social media.

To support Isis, and all women working in tech, four colleagues and I posted our own #ILookLikeAnEngineer picture. Jennifer Dai, myself, Melissa Huang, Jingshu Huang, and Harini Nunduri are all engineers working on LinkedIn’s flagship app. Every day, we come to work and write code, break things, solve problems and come up with new and better ways to let LinkedIn’s members interact with each other and find new and better ways to advance their careers.

Jennifer is an intern on the Identity team and does backend work on notifications in our app. I’ve worked on many features of the flagship iOS app for the last two years. Melissa just joined the team last week after interning at LinkedIn last summer, and is improving our flagship app. Harini has worked on profiles to allow members to seamlessly add certifications, educations and other profile elements to their profile from 3rd party partners, among other things. Jingshu and I both work on developing features that will help people manage their identity on LinkedIn in our iOS app.

Since our photo, other LinkedIn engineers have taken the time show their support - including Deepak Kumar, Badrul Sarwar, Jui-Ting Huang, Ryan Wu, Jian Wang, and David Stein from our Search, Network, and Analytics team. 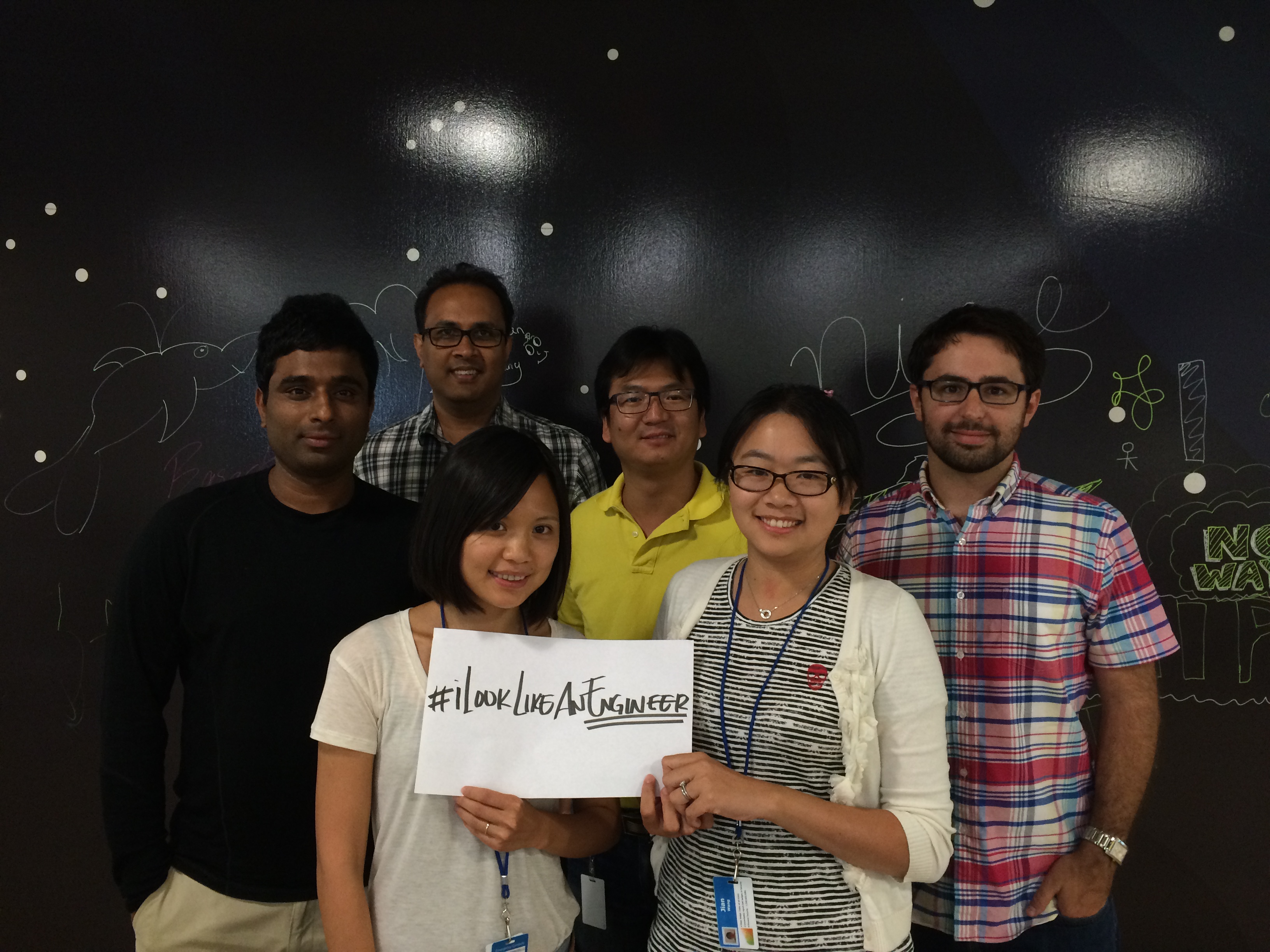 We’re all proud engineers, we love what we do, we fully support Isis in her project, and we all support the movement she has started. Most importantly, each one of us can say #ILookLikeAnEngineer - no matter what we look like.