At LinkedIn, we make extensive use of Apache Pig for performing data analysis on Hadoop. Pig is a simple, high-level programming language that consists of just a few dozen operators and makes it easy to write MapReduce jobs. For more advanced tasks, Pig also supports User Defined Functions (UDFs), which let you integrate custom code in Java, Python, and JavaScript into your Pig scripts.

Over time, as we worked on data intensive products such as People You May Know and Skills, we developed a large number of UDFs at LinkedIn. Today, I'm happy to announce that we have consolidated these UDFs into a single, general-purpose library called DataFu and we are open sourcing it under the Apache 2.0 license:

Check out the DataFu home page

Here's a taste of what you can do with DataFu:

Let's walk through an example of how we could use DataFu. We will compute quantiles for a fake data set. You can grab all the code for this example, including scripts to generate test data, from this gist.

Let’s imagine that we collected 10,000 temperature readings from three sensors and have stored the data in HDFS under the name temperature.txt. The readings follow a normal distribution with mean values of 60, 50, and 40 degrees and standard deviation values of 5, 10, and 3. 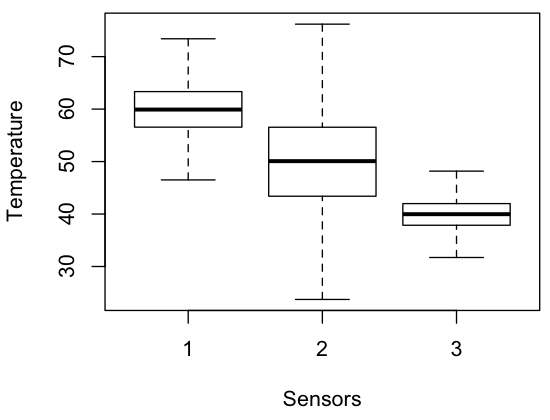 We can use DataFu to compute quantiles using the Quantile UDF. The constructor for the UDF takes the quantiles to be computed. In this case we provide 0.25, 0.5, and 0.75 to compute the 25th, 50th, and 75th percentiles (a.k.a quartiles). We also provide 0.0 and 1.0 to compute the min and max.

The Quantile UDF determines the quantiles by reading the input values for a key in sorted order and picking out the quantiles based on the size of the input DataBag. Alternatively we can estimate quantiles using the StreamingQuantile UDF, contributed to DataFu by Josh Wills of Cloudera, which does not require that the input data be sorted.

To demonstrate this, we can change our experiment so that instead of processing three sets of 10,000 measurements, we will process three sets of 1 billion. Let’s compare the output of Quantile and StreamingQuantile on this data set:

DataFu has a suite of unit tests for each UDF. Instead of just testing the Java code for a UDF directly, which might overlook issues with the way the UDF works in an actual Pig script, we used PigUnit to do our testing. This let us run Pig scripts locally and still integrate our tests into a framework such as JUnit or TestNG.

We have also integrated the code coverage tracking tool Cobertura into our Ant build file. This helps us flag areas in DataFu which lack sufficient testing.

We hope this gives you a taste of what you can do with DataFu. We are accepting contributions, so if you are interested in helping out, please fork the code and send us your pull requests!