Getting to Know Kurt Andersen

Talent is LinkedIn’s number one operating priority and we have no shortage of talented individuals in technical roles across the company. These are the folks that create, build and maintain our platform, tools and features - as well as write the posts for this blog. We are featuring some of the people and personalities that make LinkedIn great.

Name: Kurt Andersen
Position: Senior Staff Site Reliability Engineer
Background: Kurt is a former system engineer at the NASA Jet Propulsion Laboratory who's also worked at HP and IBM, among other companies. He's a trained chiropractor and as well as an engineer educated at Caltech, and now works on the site reliability team at LinkedIn. 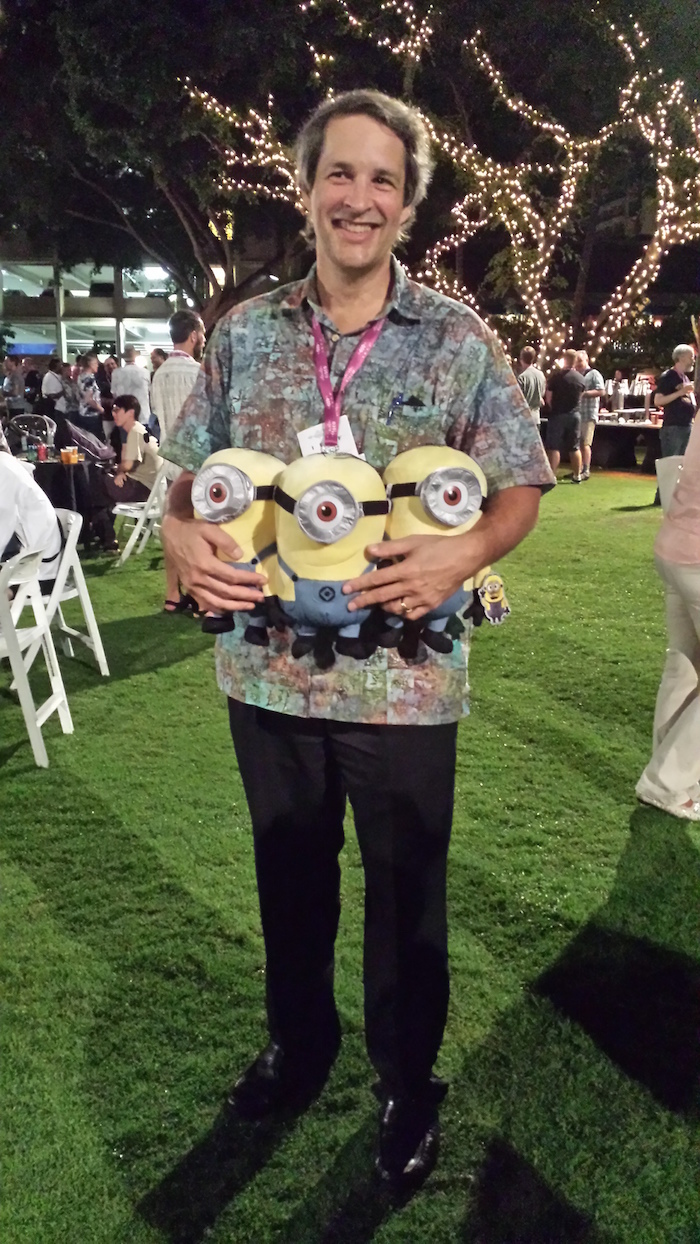 How did you end up in your current career?
I have worked with computers since the days when 8k was considered a nice amount of memory (and 64k was the max :-)). Computers have always been tools to accomplish work, not ends in themselves and somehow I’ve always been working at the edge of “big data,” which has only grown as time passes. My work with big data has included synthetic aperture radar streaming back from Venus and being processed in as close to real-time as possible because we did not have space to store it effectively; producing and tracking a million inkjet pens a week; tracking and managing the configuration of hundreds of thousands of managed desktop machines; building and operating a residential email system with the largest data set migration at the time; and now, LinkedIn and our huge dataset(s).

Have you made any career changes along the way?
While supporting the inkjet manufacturing and R&D departments at HP, I thought it would be more interesting to work more with people than machines, so I went back to school for a doctor of chiropractic degree. After getting out of school and opening my own practice, I found that operating a small business was not my forté, as I lost money every month that I had the doors open. So, I came back to computing but with more of a focus on “devops” instead of the dev-only. I worked on coordinating the spin-off of Agilent Technologies from Hewlett-Packard and then made a fair number of mergers, acquisitions and divestitures go smoothly for Agilent before being hired into the managed services division of HP, where we were frequently onboarding and off-boarding new customers. The biggest relief that I found when joining LinkedIn was that I no longer had to worry about all of the contract scope overhead to get something fixed that was bad for our members. Here, our “members first” value makes it clear that we just jump in and fix it!

What is something not found on your LinkedIn profile?
I’ve been an Amateur Radio operator since the 5th grade, though I seldom find time to get on the air any more. I also enjoy stage managing plays (occasionally) at our local community theatre.

What are your favorite things to do when you’re not at the office?
Read (oh yeah, I do a lot of that *at* the office too :-)).

What’s your favorite thing about working at LinkedIn?
The environment of constant learning, encouraged by frequent tech talks, cross-team collaboration and an inspiring vision.

What do you do best at work?
I’ve always been interested in how entire systems inter-relate and LinkedIn provides a huge challenge with hundreds of constantly moving parts. Connecting the right people to the right issues to keep things moving in the right direction is both the biggest challenge and the biggest reward.

What do you love most about being an SRE?
Making different services work together and smoothing out the bumps. I also really enjoy the opportunities to encourage people in their career/work situations. I appreciate the chance to talk about the great work that we are doing at LinkedIn in the SRE organization and help with the broader community of SRE too.

What is the most challenging part of your job?
Choosing the most important tasks to spend time on without regretting all of the other options which can’t be pursued.