Did you know that the co-inventor of a radio guidance technology whose elements are behind today’s communications systems like Wi-Fi and Bluetooth is also the Austrian and American actress Hedy Lamarr? Did you ever wonder the origin of the term “computer bug?” Grace Hopper, a pioneer of the computer world, coined the term when a moth flew into her machine. After she removed the moth, she declared the computer was “debugged.” 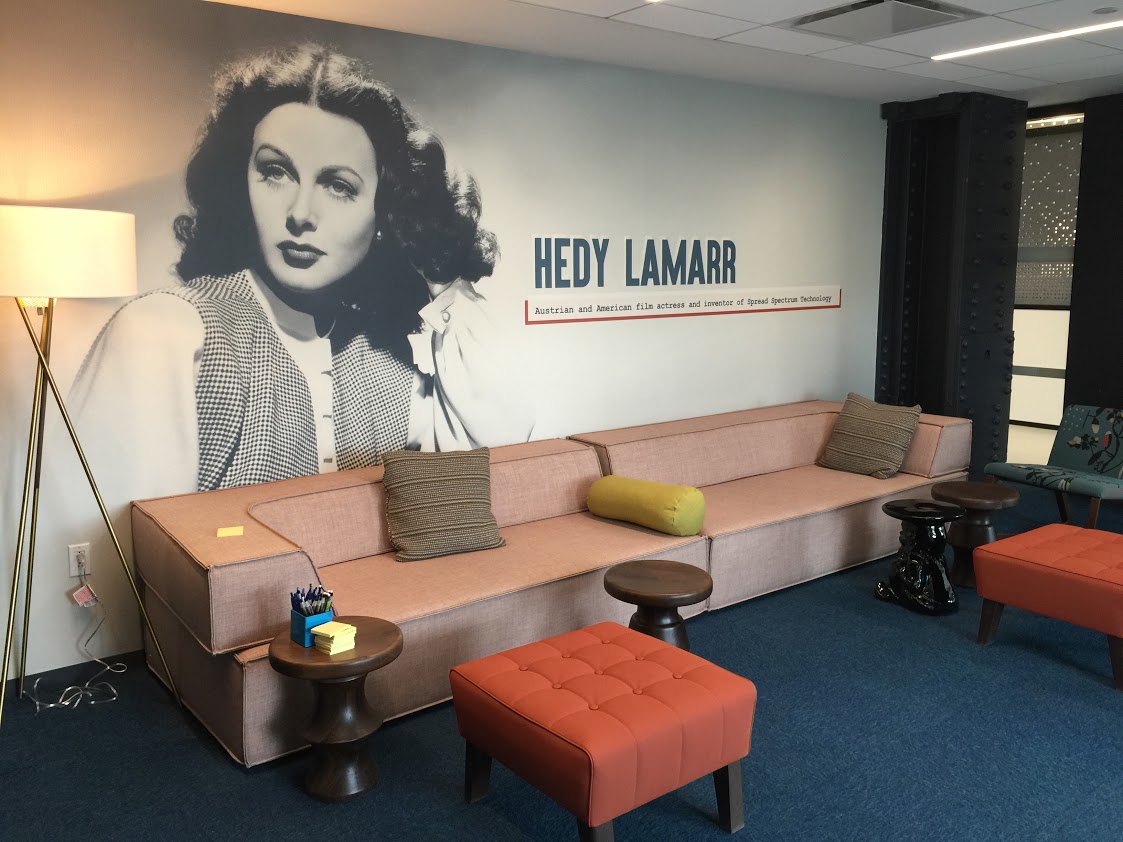 Lamarr and Hopper are among the eight female technology pioneers honored in the conference rooms on the brand new floor of the New York LinkedIn office in the Empire State building. The 26th floor, designed specifically for the engineering team, recognizes and celebrates women in technology like Margaret Hamilton, who popularized the term “software engineering” at a time when it was not yet regarded as a proper science. Another woman recognized in the space is Ada Lovelace, who many consider the first computer programmer because in the mid-1800s, she wrote the first algorithm designed to be carried out by a machine. In addition to the meeting rooms, the floor’s cafeteria is aptly named after the inventor of the refrigerator, Florence Parpart, and the game room after Elizabeth Magie, the inventor of The Landlord’s Game, the precursor to Monopoly. 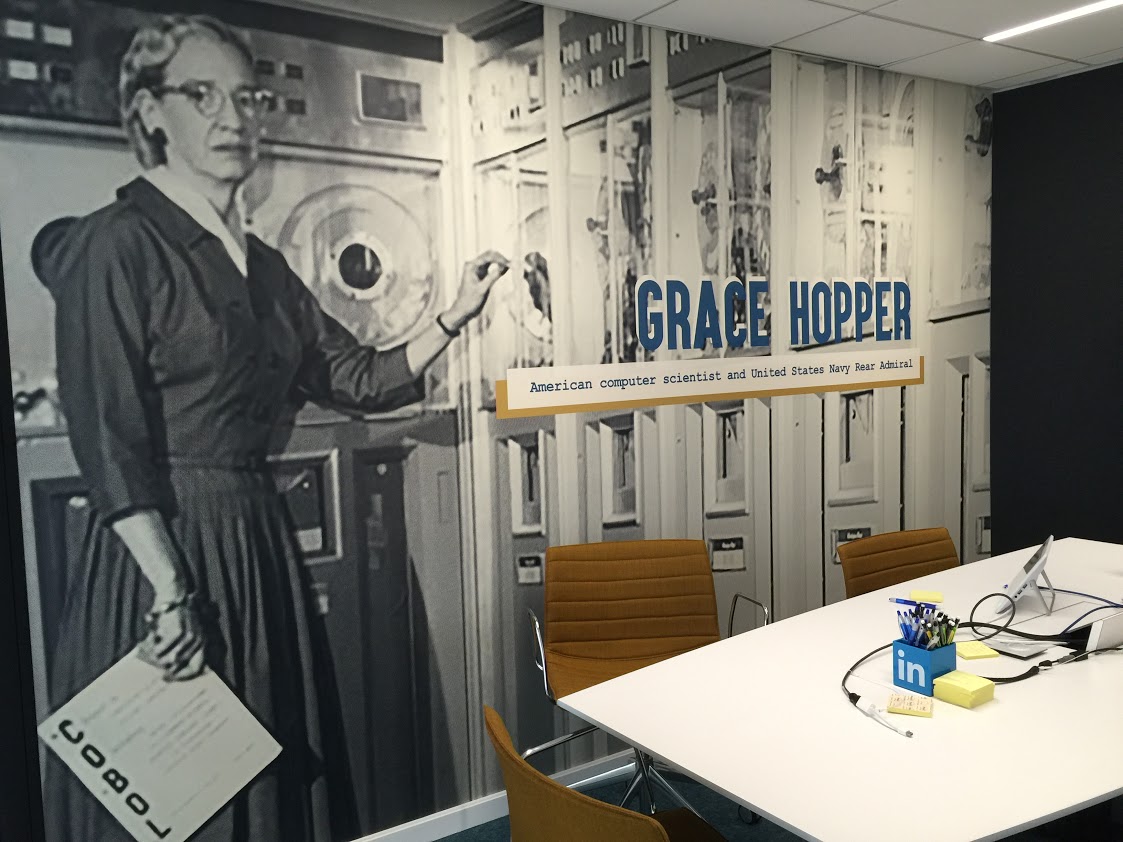 Although her mother was hesitant to send her to college for fear that she would be unmarriageable, and despite experiencing gender discrimination in her professional field, Barbara McClintock, the namesake of another conference room, went on to become the first individual woman to win the Nobel Prize for Physiology or Medicine in 1983 for her discoveries in genetics. Although several decades have passed since that time, a gender gap in STEM still persists today. At LinkedIn, honoring women in science and technology through the simple act of dedicating conference rooms to them is one of the many things we do to inspire everyone, women and men, to help narrow this gap.